How we got Started with Dairy Goats 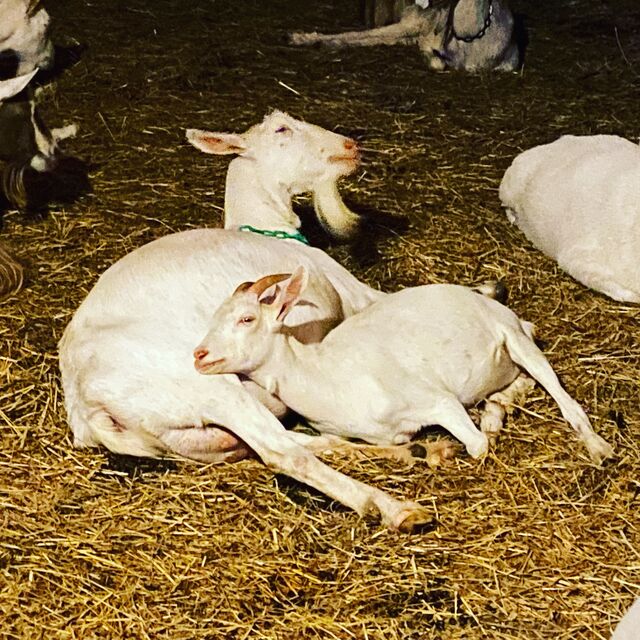 Here is a video of how we got started if you are interested!  The Beginning of a Dairy Goat Farm

And here is a short version!

Our first goat was named April.  We were so excited to have her come live with us.  I’m not sure she felt the same at first, but she liked us after a little while.  We have always had a love for animals, but there was much we didn’t know about goats, so the poor girl endured with us as we learned.       Our first mistake was not having an actual pen ready for her.  Our barn was large and safe, but she was tied to a post with a rope.  Long enough for her to have plenty of room to move, but not get tangled or into stuff.  She had nice bedding as well as hay and water.  This was not a terrible set up, but I am sure she did not feel secure and safe.  We built one within a couple of weeks, but we should have had it ready.     Mistake number two (which could tie for number one) is that we only had one!  She was lonely and cried.  We spent much time with her and let her out to be with us.  She was better then, but we weren’t always there.  We tied her out when we were home so that she could browse, but that is not the best idea, especially if no one is home.  If a dog or predator came by, they have no way of escaping.  Plus, no shelter from sun or rain.   It was not too long before we had a small pasture for her, but tying a goat out is not the best either.            Our oldest daughter was the age to start 4-H so we decided that April could be her project.  However, she was a mix  between a dairy goat and a pygmy.  She needed to be one or the other in order to go to the fair.  Easy fix! Get another goat!  We did!  She was a Nubian named Kelly.  Kelly was a very sweet, quiet goat.  Pleasant to work with.   She needed to be in milk to go to the fair, so she was bred.  We waited for the baby - that never came.  She wasn’t bred.  That meant no milk and no 4-H goat, but at least April had a friend.  But…Once again, easy fix.  Get another goat!  We did!          This goat was already milking and her name was Daisy.  She too, was a Nubian.  She became the 4-H project as well as our daughter’s best friend.  Natalie wrote a story about them, so I will post that soon.       Anyway, we were off on our adventure of raising dairy goats!  Daisy gave us milk for the family, but… we got another goat!  I just had to have her because some friends were selling her.  Soon we had lots of milk, so we learned how to make yogurt, cheese and ice cream.  Oh, and soap!       That is the story of our humble beginning.  Hope you enjoyed it! 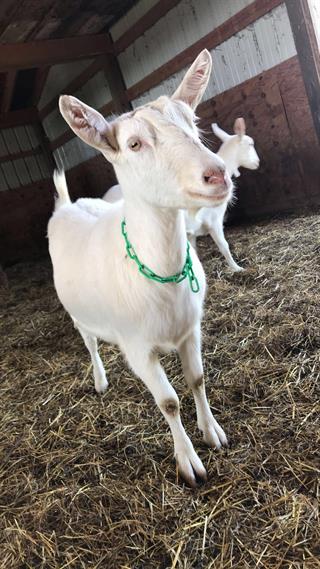 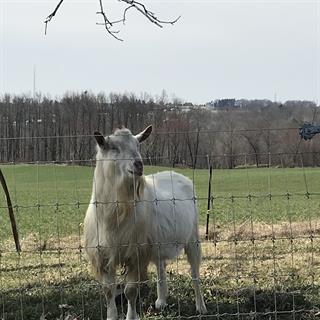 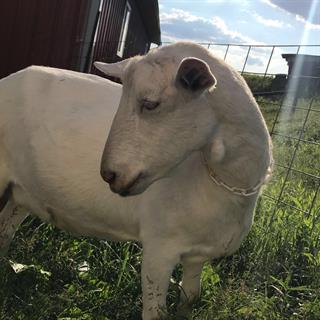 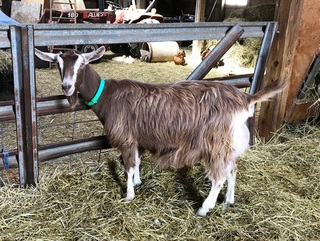